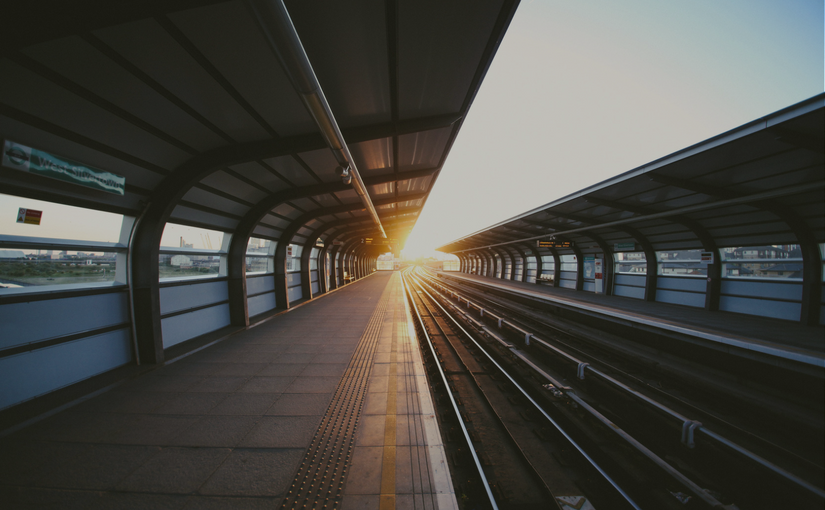 The AI assistant of tomorrow: A Global Brain?

Today, artificial intelligence excels in accomplishing specific tasks. Even still, tech giants dream of virtual assistants capable of doing everything by working in tandem with connected objects and specialized AI to transform the lives of users.

When we think of AI, we automatically think of general AI, capable of surpassing the human brain with the help of a computer program. Today’s headlines envision nothing but catastrophe at the idea. But the reality is more complex.

In the summer of 1955, scientists John McCarthy, Marvin Minsky, Nathan Rochester and Claude Shannon posited that “The study (of AI) should be based on the conjecture that any aspect of learning or intelligence can be described in such a way that it can be replicated.” Based on an innovative approach on human cognitive abilities as applied to machines, their report pioneered the discipline of AI assistants.

Today this idea has been brought back to the surface, through projects like The Human Brain Project and declarations made by renowned experts like Ray Kurzweil. But the majority of progress has been made in specialized AI:
“General Artificial Intelligence might have been a departure point, but in the last fifty years, artificial intelligence has gone the way of specialisation,” affirms John Laird, computer science engineer at the University of Michigan and writer for Popular Science magazine. This AI specialization is primarily found in virtual assistants, intelligent programs able to understand natural human language and perform tasks on behalf of users.

Even if a virtual assistant swiss knife capable of accomplishing every task is indeed unimaginable, it is now possible to find a specialized program for almost any situation. In the automobile sector, virtual assistants control ever more complex connected car systems. iNAGO, for example, has developed a program to assist drivers so that they can fully benefit from smart services offered in new vehicles, without compromising security. The voice command allows users to program destinations, launch playlists and even consult schedules without taking their eyes off the road.

In the professional realm, AI accomplishes the tasks of a personal secretary. Astro allows users to quickly organize their emails in order of priority, delete spam messages and trash unnecessary emails. Findo helps users navigate their inboxes, files their documents in its personal cloud and uses it to find the information being sought out by the user. Newton and Stella help individuals find jobs. Lomi helps sales professionals identify potential pitches and Carly helps them manage their professional phone calls. Wade & Wendy proposes a virtual assistant to help users optimise their career journeys. Julie Desk automates meetings. The list could go on forever.

If almost every assistant is specialized in the realization of a single task, it’s because its much simpler to design a secretary that can do one thing very well, than it is to program an omnipotent one. Creating an effective conversational interface is already a big job, as is adding a domain of expertise. That being said, there are also more generalized assistants that are proposed by Google, Facebook, Apple, Amazon and Microsoft. Entitled Google Assistant, Facebook M, Siri, Alexa and Cortana respectively. Despite lacking the expertise of their specialized cousins, they are able to complete a large number of simple tasks. Their best asset? Using conversational intelligence, with an excellent understanding of human language.

In the film, Her, directed by Spike Jonze, the main character, played by Joaquin Phoenix, has a relationship with a high-performing artificial intelligence program, capable of conversing like a human and realizing any type of task. This omniscient view of AI is a classic trope of science fiction. In Star Trek, the starship Enterprise is piloted by artificial intelligence and is capable of performing any task commanded by crew members. But does this super-assistant have a chance at coming to fruition? It seems that there is a veritable race among tech giants to build the most efficient generalized artificial intelligence program able to accomplish the maximum amount of tasks.

As it is impossible to develop everything internally, companies have allowed third parties to perfect their assistants. Over the past few years, they have assisted in the race to find the most innovative startup behind the giants. Deepmind, the Google hub known for designing AlphaGo, was an independent british startup before being bought by Google in January 2014, for 500 million dollars. Its research is currently being used to perfect Google Assistant. Siri, Apple’s assistant, was conceived when Steve Jobs purchased a startup of the same name in 2010. Facebook, for its part, bought Wit.ai in 2015, a company known for its ability to transform text and words into usable data. It’s being used to feed their AI assistant, Facebook M. The company also recently acquired Ozlo, which self defines as an index on “real world knowledge” and proposes a chatbot trained to answer all kinds of questions asked by users. Microsoft followed suit in June 2017 with its purchase of Maluuba. Based in Toronto, the start-up is on the cutting edge of AI capable of reading and understanding text as well as a human can.

The company best positioned to take the lead is Amazon. It’s virtual assistant, Alexa, has 15,000 functionalities available to the American market. And Jeff Bezos’ company won’t stop there: it’s created a number of tech partnerships to advance Alexa. During 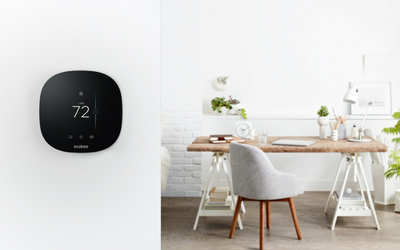 the last Collision festival in New Orleans, it announces a partnership with Ecobee, a company that makes connected thermostats. Now Alexa can be integrated into every product sold by Ecobee, allowing users to interact with voice command. The goal: offer a centralized universe in a fully-connected home. “ Clients can ask Alexa to launch a playlist, turn on the lights, order a pizza or remind the kids to take out the trash,” explained Stuart Lombard, founder and CEO of Ecobee, at Collision.

Amazon’s vision is clear: make Alexa a universal interface, reigning over all connected objects with the help of specialized artificial intelligence.This ambition is closer to what we’ve seen in sci-fi programs. It’s no surprise that Jeff Bezos, Amazon’s CEO, is a huge Star Trek fan. He explained the he was inspired by the starship Enterprise when making Alexa.

“We want Alexa to be everywhere, and to be the primary interface with which users interact with the objects around them” affirmed Steve Rabuchin, vice-president of Amazon Alexa, at Collision. “We’re working with Ford and BMW to integrate Alexa into vehicles, and General Electric and LG for a more connected kitchen. We are even looking to integrate Alexa into garden watering tools and garage doors.” The company looks to go even further than the connected home, recently partnering with Astro, the virtual assistant that allows users to better handle their professional email inboxes.

Viv.ai, a young startup purchased by Samsung in October 2016, also shares this vision of the virtual assistant. In short this is a dynamic market. “We’re moving quickly towards universal interfaces. Suffice to compare today’s situation with that of the 90S, when very limited chatbots like Clippy helped users on Microsoft Word. Tools like Amazon’s Alexa haven’t yet arrived at their full potential,” said Luke Dormehl, a british journalist specialized in new technology and author of the book: Thinking machines : the inside story of artificial intelligence and our race to build the future.

The existence of a global connector, a universal brain, omniscient and susceptible to connecting objects and virtual assistants could completely transform our daily lives. In the connected kitchen, it’ll be possible to ask your refrigerator for recipes to cook depending on what’s inside. The assistant would automatically connect with the kitchen, adapt to user’s personal tastes and diet, and indicate the nearest supermarket to find missing ingredients and even suggest a bottle of wine that would go nicely with the meal. And in the world of business, the possibilities are endless. One would find a global brain at the center of every company, facilitating access to information and simplifying interactions.

“Imagine a future where, instead of looking to your network, documents and emails to find the best expert in business law, you could communicate with a chatbot that would quickly respond to your request,” examine Microsoft in an article discussion the purchase of Malubba. With an omniscient virtual assistant, life at work would be simplified. Have a meeting to organize? The AI could connect automatically to Julie, who will select dates that go hand in hand with all agendas involved. The day of the meeting, the universal assistant can call on the help of Astro to create a reminder email for meeting participants. The assistant would also be able to reserve a room and tell all participants where to go when they arrive at reception. If a participant is unable to make the meeting and must telecommute, the global brain will opt for a meeting room equipped with videoconferencing. What if a participant mentions a study on an important topic? The assistant will automatically find the study and send it to all participants. At the end of the meeting, it will call the elevator and wish participants a nice day. A once complex meeting would become child’s play with these new innovations.

SHARE THIS :
What does the digital transformation mean for the future of work and HR?
How to Manage a Manager's Agenda