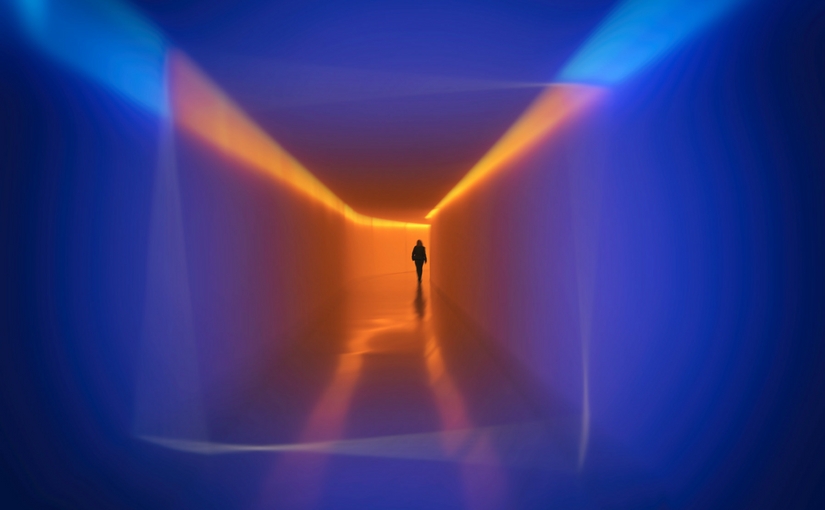 The Future of work is a rich source for innovation. There is no longer any doubt that in the near future, workers’ daily lives will be considerably different from what we know today. In order to better understand what this means, let’s take a small leap into the future.

It is Thursday, October 14, 2038. It is 8am. In western Paris, Elise Asimov is slowly waking up to a mixture of bluish light, sounds and scents that evoke a day at the beach. Her multisensory alarm clock was created to wake her at just the right time. After a quick shower, Elise Asimov heads over to the kitchen for breakfast, as Hector, her virtual personal assistant, goes through her morning schedule.

Hector is a universal AI assistant, a distant successor of Siri and Alexa. Elise can communicate with him by speaking, or via the multiple connected objects she owns: her phone, watch, computer, television, thermostat, etc. She drinks her coffee quickly. Hector has just reminded her that she has a meeting this morning. She can’t waste a minute.

Contrary to her ancestors in the year 2018, Elise is far from the days of going to the office. In the near future, work has changed. Most employees are self-employed, and only need a computer to accomplish their daily tasks. As a result, the majority of them work from home, or in one of the countless collaborative workspaces that flourish in the capital and provide workers with all the comfort they need. These spaces are designed to seduce these nomadic workers: Large tables for teamwork, small individual cubicles, mixed and augmented reality equipment, meeting rooms, relaxing areas with lounge chairs, a kitchen and a gym.

On the road to the future of work

Today, however, Elise will spend the morning at the offices of one of her biggest clients. Our friend is an engineer specializing in social interactions between humans and machines. Companies call on her to design the ideal user experience for their artificial intelligence. Elise’s client is a major hotel chain that wants to set up a line of concierge robots to provide room service. She helps them fine tune details so they can provide impeccable client service. In today’s meeting, she will be presenting her most recent work to the company’s international management.

Hector calculates the fastest itinerary for Elise to reach her destination, combining all available options (public transport, taxi, bicycle, walking, etc.) to find the best solution. The virtual assistant opts for Modulor, the taxi of the future: autonomous, electric and shared. Hector orders the taxi for its owner by connecting to the corresponding app. A few minutes later, Elise gets into her taxi, which awaits at her building’s entrance.

In the city center, the majority of individual cars have been replaced by the taxis of tomorrow, which provide a mix between buses and traditional cars. Each one accommodates up to ten passengers with spacious interiors and large bay windows. Passengers are all going in the same direction: an algorithm has regrouped each set of passengers on a similar route. These vehicles are also mobile workstations. They have seats, tables, power sockets and of course, the ever indispensable wifi connection. Since 2026, time spent in transit has been counted as working time.

Some vehicles are sponsored by the brands. Elise’s taxi bears the logo of a famous coffee chain, and serves hot drinks to passengers. She sips a macchiato while refining her presentation. More environmentally friendly and quiet, these taxis make it possible to move the same number of passengers with a much smaller number of vehicles. As a result, roads are much less congested than before. The surface area dedicated to roads and parking has also considerably reduced, making way for green spaces.

IT of the Future

The absence of traffic jams allows Elise to disembark in front of her client’s building a few minutes early. Using a small headset, Hector points her in the right direction of her meeting: straight into the lobby to the elevator, seventeenth floor, first on the left, and straight to room 626. On the way, Elise gazes at the people sitting at their workstations in the office.

In 2038, the dominance of the screen gradually gave way to the dominance of mixed reality. The company’s employees and freelancers work on large holographic surfaces in three dimensions, which they can easily handle with their hands. Welcome to the era of AIR computing, or augmented interactive reality computing. Equipped with discreet virtual reality goggles, workers handle text files, PowerPoint presentations, Excel spreadsheets and other design software in an intuitive way.

Far from being seated at traditional desks, tomorrow’s workers manage tasks in every conceivable position. Modular and ergonomic office chairs allow them to find the posture that best matches their body type. Some work lying down, others in a semi reclining position, others are simply standing. The sportier types combine work and physical activity, using a treadmill under their desk, which allows them to walk while juggling holograms.

Elise arrives in front of room 626, knocks on the door and settles down with the participants already present. An assistant invites her to sit down and hand her a pair of augmented reality glasses. Once she puts them on she feels slightly intimidated. In addition to the French team that is physically present, she has just seen managers materialize from North America, Africa, Middle East and Southeast Asia, as well as the General Manager, who participates from her office in Yokohama. Elise sees their holograms, with the help of her glasses as none of them are actually in the room. She was prepared to meet with the company’s bosses, but wasn’t expecting the executive director to make the trip herself (in a manner of speaking). It is therefore with a certain amount of anxiety that she mentally prepares her speech during the presentation phase.

Although the meeting brings together participants from around the world, everyone is on time. A small benefit organized by Julie, the hotel group’s assistant. Julie is not a flesh-and-blood person, but rather a virtual assistant who specializes in making appointments. She arranged all the details of the meeting.

A second virtual assistant, Edward, will take notes during the exchanges and send each participant a summary sheet once the meeting is over. In today’s global economy, where many companies have their workforce spread across several countries and are in constant contact with customers and partners in several geographical areas, this type of service is widespread.

After introductions, Elise presents her latest work. To unlock her computer, she doesn’t need to enter a password. Like all devices of the year 2038, her computer contains software that uses artificial intelligence to collect and analyze motor data, from the way Elise moves and types on the keyboard, to the way she sits at her desk chair, and the different facial expressions she makes. From this data, the software is able to identify whether it is Elise Asimov trying to open her computer, and grant or deny her access in seconds. Once identified by the software, our heroine begins her presentation.

The PowerPoint presentation projected on a white background is a distant relic of the past. Elise uses holographic structures, which all participants can see with their augmented reality glasses. Pictures, graphics and colorful diagrams follow one another as she juggles comfortably between slides. The presentation program is entirely collaborative: participants can annotate a slide in real time, adding a question or comment in order to come back to it once the presentation is over. They can also propose to respond to a particular idea. In 2038, the traditional presentation has gone from lecture to collaborative exchange.

The people in charge of the company seem to be attracted by her proposals. They are particularly won over by the humor software she developed, which allows the robot to detect whether the customer is sensitive to humor and, if necessary, adapt his jokes to the cultural and linguistic context of the customer. Towards the end of the meeting, it is agreed that there will be a seminar day between Elise and the company’s various engineers in charge of designing artificial intelligence software for robot concierges. In order to plan the day, Managers call upon Érasme, who is a virtual assistant himself.

Erasme is a kind of knowledge encyclopedia for the company, with access to the company’s giant database containing all information on personnel, managerial structures, finance and human resources records. He navigates through this wave of information with ease: In the blink of an eye, Erasme identifies all engineers involved and transmits their information to Julie, who contacts them to organise the seminar. The meeting draws to a close and Elise leaves her client’s seat with a smile on her face. She buys a sandwich from a shopkeeper who is not a robot. The rest of her day is less busy, so she decides to return on foot by the tile mills, but a downpour forces her to take refuge under a passageway. “Times change, but Paris’s climate remains the same,” she thinks as she wrings out her umbrella, which, for its part, has not changed at all.

SHARE THIS :
Spectre & Meltdown Patches – Nothing to report at Julie Desk !
The Digital Boom in the Professional Training Sector