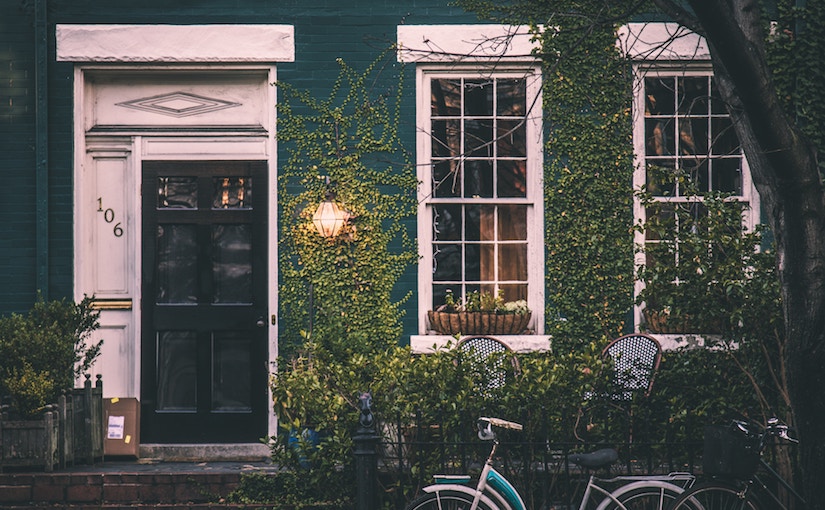 Inside the house of the future

What if, in the future, most household chores were performed by a vast panel of connected objects, controlled by a universal digital assistant? Welcome to tomorrow’s connected home.

It is October 23, 2038, just before seven o’clock in the morning at 1770 Pacific Avenue, San Francisco. The Watson couple, Bobby and his wife, Hannah, are slowly waking up from sleep. Here, there is no loud alarm or radio that activates itself. The device that pulls the Watson couple out of their deep sleep is a multi-sensory awakening device, a clever mix of light designed to mimic that of the rising sun and relaxing music, complemented by the discreet sound of birds chirping and the wind in the trees. The air around them is sprinkled with perfumes that evoke the countryside. At first barely perceptible, the music rises to a crescendo to gently accompany the last minutes of sleep of the pair before waking them up. In the same way, the light, which begins like a small flame oscillating in the darkness, gradually illuminates the entire room.

Neither Bobby nor Hannah had to set their alarm before going to bed. This task, like many others, is entrusted to André, a voice-activated digital assistant who assists the couple in their daily lives. Knowing their habits and preferences perfectly, he operates as an orchestra conductor in their home, commanding the various connected objects to anticipate and fulfill the couple’s every desire. André is an ethereal artificial intelligence, unconfined to a single device and integrated into all everyday objects: from their smartphones to the refrigerator, passing through the software of their connected vehicles and the connected lock of their front door. As a result, it acts as a global brain, a universal assistant that links all connected objects of everyday life. It ensures that all connected objects in the home form a harmonious ecosystem. (This is where Amazon wants to take its virtual assistant Alexa.)

Bobby recently decided to do a little swimming every day to get back in shape. André automatically found a gym with a pool on the way to work. After checking his daily schedule, he took care of reserving a slot for him every morning before his workday, which the assistant then added to his owner’s calendar. As for Hannah, she usually wakes up half an hour after her husband, but today, a morning meeting means her day starts earlier than usual. André has taken note in order to adapt the couple’s waking time accordingly. Once it’s sorted out the following morning’s routine, André uses the data captured by the couple’s connected mattress to analyze their sleep cycles, and wake them up at the right time. No more rude awakenings in the middle of deep sleep phases: both spouses always wake up in great shape.

Once up, they take turns in the bathroom. Theirs is equipped with a shower which, rather than sprinkle them with a powerful jet of water, envelops them with a cloud of drizzle. Millions of micro droplets moisturize the epidermis, cleaning much more effectively than a traditional shower head. In addition to being very pleasant, this method is much more economical in terms of water consumption. The shower is also connected with André, the universal virtual assistant, which adapts the temperature, choice of soap, perfumes and essential oils according to the user’s preferences. Once they have passed through the bathroom, the couple gets dressed for the day. Here again, their digital assistant has consulted their respective agendas and suggests an outfit adapted to their day. For Hannah, it will be a tailored, more formal dress than usual, to go with her morning meeting. Bobby, who has no meetings today and is satisfied with a simple pair of jeans and a t-shirt. André reminds him to take his swimming pool things, which he was about to forget.

When artificial intelligence does the shopping

While the couple is getting dressed, the virtual assistant is busy in the kitchen. When they go down for breakfast, the coffee is already ready and the toast is well toasted. This is the magic of connected objects. After breakfast, Bobby heads off to do a few laps and his wife goes to her meeting. There is no need to turn off lights, turn off the heat or music, or even turn on the alarm and lock the door before they leave. André immediately detects that his human owners have left the home and will not return for several hours. So he puts the house into “sleep” mode and turns down the heating, turns off the lights and most electrical appliances. The door, equipped with a connected lock, is also locked.

The digital assistant takes advantage of this temporary lull to replenish the house with missing food. The connected refrigerator indicates an impending shortage of milk and eggs, while the sensor in one of the cupboards signals that there is almost no laundry detergent left. Integrated mini cameras, combined with an image processing system based on deep learning algorithms, allows the two connected objects to analyze their respective contents and reach this conclusion. Within minutes, the virtual assistant makes a tour on an e-commerce site, where he takes care of ordering the corresponding products. He knows the Watson’s favorite brands, as well as the speed at which they consume the corresponding products and can therefore order accordingly.

The order will be delivered later in the day. When the delivery person comes to the door, the small camera on the door will be able to identify the Fedex or UPS logo. André will then make the link with the delivery scheduled for that day and unlock the door to allow the deliveryman to enter and drop the package on the landing. The door will automatically close behind him when he exits. Sonny, a domestic robot specialized in moving and handling objects (a distant cousin of the robots used to move heavy objects in warehouses), will then arrange the various products where they belong.

The house gets most of its energy from the large solar panels installed on the roof, windows equipped with photovoltaic cells and mini wind turbines. A central battery, similar to those offered today by Tesla, allows energy to be stored on very sunny and windy days, and then draws from the reserves on less favorable days. The accumulated energy can also recharge the two electric vehicles the couple has. Energy consumption is carefully monitored and balanced against spending by André.

The clock is ticking, and Bobby Watson is on his way home from work. Thanks to the navigation application he uses, André is able to calculate the approximate time of his arrival and prepares the house accordingly. When he pushes open the front door, a soft warmth contrasts with the coolness of the evening and welcomes Bobby Watson. The lighting corresponds to the nascent twilight, and Ballads by Dexter Gordon, one of his favorite jazz albums, turns on in the background. Noting that Bobby was about to return, André set the house according to his preferences. If his wife had returned first, André would have swapped the jazz record for an aria by Bach.

Bobby starts dinner prep. Because no, machines don’t cook. On the other hand, the digital assistant suggests Bobby a range of recipes that he can prepare with the ingredients in the refrigerator, especially those that should be eaten first. The same cameras and algorithms that allowed the refrigerator to identify a shortage of certain products earlier in the day are indeed able, based on the appearance and texture of the products, or simply by reading the labels, to calculate the time remaining before the expiry date. The digital assistant also makes sure that the suggested recipes match the couple’s tastes, and that the time needed to prepare them allows Bobby to be ready for his wife’s arrival.

Tonight, Bobby will bake a sea bream in the oven and serve it with an eggplant purée. The oven is equipped with integrated sensors and mini cameras that monitor the baking process in real time and adjust the temperature to obtain the desired result. When preparing the fish, Bobby Watson thinks that a bottle of white wine would go perfectly with the meal. He asks André to locate a business that’s still open nearby. Half an hour later, a delivery drone comes to drop a package containing the bottle in the garden. Bobby has just enough time to pick up the package, uncork the bottle and set the table when his wife’s vehicle arrives.

While they finish the meal with a lemon sorbet, André warns Hannah that the Giants baseball game, (their local team), starts in a quarter of an hour. When she walks over to the living room, the television is already on the right channel and the lights are set according to her favorite subdued atmosphere. Bobby, on the other hand, makes a video call with a childhood friend. Instead of connecting to Skype or Facetime, he simply puts on a pair of virtual reality glasses. Almost immediately, his friend materializes in the chair in front of him as if in real life. The couple has simply left the kitchen as is. The next day, when they will both be at the office, the Sonny robot will take care of the dishes, while the couple’s autonomous vacuum cleaner (a descendant of the Roomba robot), will do its daily cleaning, leaving the floor impeccable.

Before going to bed, the couple likes to take 15 minutes to meditate. André plays relaxation music on the connected speaker in their room. During the session, the digital assistant gradually lowers the lights to prepare their entry into the realm of dreams. When the session is over, the music stops.

To go further: How will AI transform tomorrow’s working world?