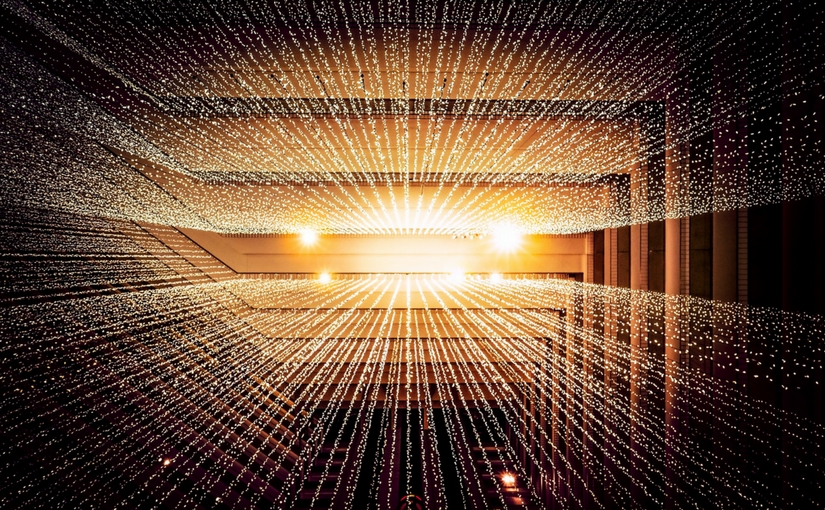 When artificial intelligence learns to negotiate

Facebook researchers are at the forefront of artificial technology research capable of managing basic human negotiation. This is a key step toward evolving chatbots and that could lead to a number of key economic implications.

Over the past few years, an unprecedented number of users were able to experience a dialogue with this kind of AI, whether that be via virtual personal assistants integrated into their smartphones or connected devices. The most well known technology of this kind includes Apple’s virtual assistant,Siri, Amazon’s Alexa, and Google’s integrated assistant. Though these assistants have shown their incredible utility in a digital age, their conversational skills remain simple. They’re far from capable of having philosophical discussions with humans as we’ve seen in science fiction. However, though invisible to the consumer, a number of studies are working towards constructing an AI that is more capable of carrying out complex conversation, one that resembles the human.

Last May Facebook announced the creation of a free software platform targeted to programmers. Entitled, ParlAI, the program offers a structure that allows programmers to test conversational AI algorithms. It also includes access to a database containing a number of conversational extracts and access to Amazon Mechanical Turk, an online platform that allows users to easily recruit human workers for activities related to artificial intelligence. With this software, programmers can easily recruit beta-testers to interact with artificial intelligence in order to put its conversational skills to the test. The platform even allows researchers to exchange codes on a central register.

According to Antoine Bordes, a member of Facebook’s Artificial intelligence lab, the goal of ParlAI is to conceive of machines capable of having long conversations by building dialogue and exchanging ideas with humans. In a recent interview with Verge, Bordes explained that in order to accomplish this task, one would have to conceive of an artificial intelligence with memory capabilities, access to a database of external knowledge and a tiny dose of emotional intelligence. More than being destined to researchers seeking to create a commercial virtual assistant, ParlAI is destined to researchers operating on the fringe: those who care more about new research technologies than beating AI giants already available to the public.

An Artificial intelligence capable of bluffing

A month after the announcement of ParlAI’s creation, Zuckerberg’s team is at the forefront of conversational artificial intelligence capable of negotiating with humans. They were able to do so using a neural network and trained it using data that resembles a series of negotiations between humans. In order to build this database, a number of people were recruited to participate in a simple online negotiation game with very basic rules and a limited number of objects to exchange. Each participant had to perform a series of tasks and negotiate in written form in order to obtain the maximum number of objects. Researchers then fed the AI the conversation history. They also added an element inspired by AlphaGo software that allows AI to forsee human behavior, and imagine possible scenarios in order to make the best decision based on those variables.

Once trained, AI took part in a second round of negotiations with human participants. Not only did participants not know they were exchanging with AI, but AI scored about the same as the humans participating. AI was also capable of bluffing, inventing diversion strategies, and pretending to control objects of little value in order to obtain those it really wanted. This was a technique that wasn’t preprogrammed. AI built it itself.

The ability to negotiate is a human privilege but Facebook researchers have taken the first step towards an AI capable of having complex dialogue and the ability to memorize, improvise and manipulate. “They started with a classic idea, that consists of training it to use model phrases in order to achieve a goal. They then took on the task of adapting this idea in a new environment – that of negotiation and adding certain functions from AlphaGo,” said Zachary Lipton, a researcher specialized in AI.

Though the research is promising, it’s better to not oversell it: the study is limited to a very simple scenario with limited language abilities. “None of this is new,” added Lipton. “Besides, though the System works fairly well by imitating human phrases and language, it only works in a very specific scenario. We have quite a way to go before this can be applied to real negotiations with humans.”

Even though AI is still incapable of negotiating à la Jordan Belfort, current research progress allows us to imagine short and long term applications for the technology. Lipton argues that with it we can imagine AI assistants working with merchants to complete basic tasks in the near future. For example, AI could come in handy in cases where negotiations with clients are very similar and repetitive. Some have already put this to the test though human supervision is still necessary since the technology isn’t mature enough to be autonomous.

Conversica is a business that proposes AI to help sales and marketing professionals. Entitled Angie, she is capable of carrying on conversations by email with potential clients. Once she encounters a contact whose likely to buy, she hands it over to a human operator. Thanks to Angie, each worker can establish contact with a large number of potential clients, maximizing sales capacity. To cite an example, Conversica works with Epson America, a company specializing in the sale of printers and imaging software. The company identifies between 40,000 and 60,000 potential clients per year. Epson America’s sales team doesn’t have the manpower to contact each of these clients individually. Conversica eases the pressure on sales teams by significantly increasing interactions with potential clients, and that helps business. According to the Harvard Business Review, that “help” adds up: to the tune of 2 million euros in added revenue earned over the course of 3 months.

Werner Koepf, chief AI expert at Conversica, these kinds of virtual assistants can significantly help humans in their work when assigned specific tasks. “We’re seeing the development of a growing number of specialized AI built to respond to very specific objectives. Whether that’s negotiating sales prices, planning business meetings, finding new clients, answering emails etc. in the near future, we’ll have technology capable of assuring every one of these tasks. The smaller the scope of the problem, the more room there is for AI to achieve a performance similar to that of a human. Our own virtual assistant is very skilled in finding potential clients, getting in touch and beginning a discussion with them, all by email. It has proven itself to be better than man, who tends to give up too easily, writes bad emails, and most importantly, forgets to answer them. We can thus imagine the possibilities for AI when it comes to automating certain professional exchanges. And it’s great because the technology will get better as it adapts,” said Koepf.

Rowan Trollope, vice-president of the internet of things at CISCO Systems, believes that most voicemail services will soon be replaced by conversational artificial intelligence technology. “One day, when you call customer service at a company, a voice will respond ‘hello, what can I do for you’ but it will be a robot and not a human. Everyone loves the idea of speaking directly to someone, but today, smaller staffs mean that we’re often confronted with automated answering machines. Artificial intelligence will change that,” he said. He imagines a world in which every company has an omniscient Artificial Intelligence that circulates information in an optimal way. “I want to be able to ask a virtual assistant about who is an expert on a particular subject in the company. He would then be able to go through the database to find the data and transmit the information immediately.”

Of course, now all he has to do is ask for an assistant specializing in organizing rendez-vous to organize a meeting that corresponds to both parties’ agendas… do that, and you’re good to go.