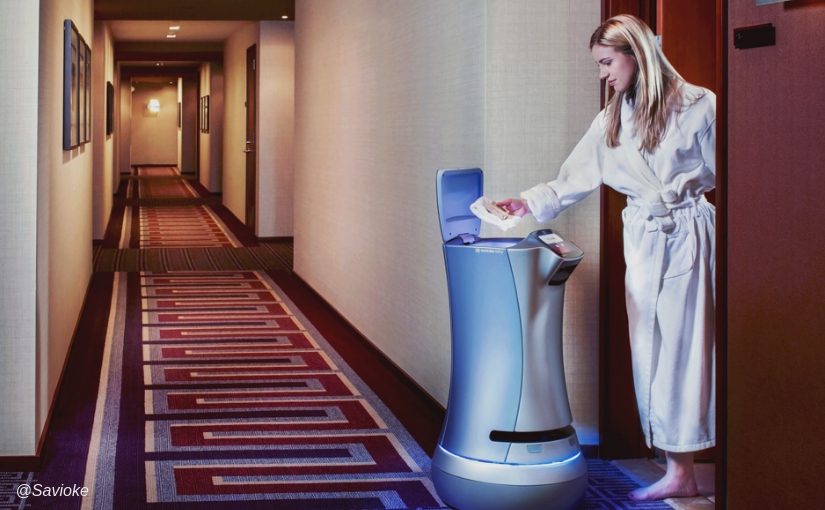 The Cobots are coming!

Thanks to the latest development in materials and software, a new generation of easy to use, polyvalent and collaborative robots are transforming numerous sectors.

The creation of the world’s first robotics company dates back to 1962. Founded by the engineers Georges Devol and Joseph Engelberger, Unimation produced giant industrial robotic arms, which were highly popular with several automobile manufacturers. Until recently, robotic manufacturing had not strayed far away from Unimation’s pioneering standards. Robots were usually large and highly powerful, but unfortunately unwieldy, complicated to programme and designed for industrial use only. Moreover, these robots were specialised in carrying out very precise tasks and didn’t interact with humans. But things are starting to change. A new generation of smaller, less expensive and more agile, polyvalent robots are currently transforming the robotics market.

What’s more, unlike their predecessors, the latest robots have been designed to work together with humans. They are called collaborative robots, or “cobots”. Despite concerns that machines will one day replace humans, several studies show that these two worlds are most efficient when they work together. In their book ‘Human + Machine, Reimagining work in the age of AI’, which was released this summer in the United States, the authors Paul R. Daugherty and H. James Wilson maintain that when humans and machines work together on the same project, they are two to six times more productive than if only humans or machines alone were responsible for carrying out the task. The automobile manufacturer BMW has stated that teams which combine both humans and machines are overall 85% more efficient than traditional assembly lines, where humans work quite separately from machines.

If the latest robots collaborate more easily with humans, this is because they are much simpler to programme than their more senior counterparts. Thanks to the development of artificial intelligence, “cobots” are able to learn from their experiences in the same way a human does, meaning that you don’t need to be an expert in programming to get them to carry out a task. The Japanese robotics company Fanuc has designed a robot that can learn on its own thanks to reinforcement learning, a branch of artificial intelligence. The robots made by Rethink Robotics and Universal Robots can also learn how to do something by watching workers at work.

The new generation of robots also have a greater level of precision, thanks to the progress made in artificial intelligence and digital miniaturisation. The combination of increased visual capacities in computing, advanced machine learning and a new generation of articulated hands and increasingly sensitive sensors, has meant that these robots are able to identify objects more accurately and hold them carefully without damaging them. The robots made by the Startup Kindred are designed to help humans sort through objects in warehouses, in particular for online businesses.

These robots are able to move more independently in environments that are constantly changing and often difficult to predict. Fetch Robotics’ robot-pallet trucks for example, have been designed to lift and move heavy loads in warehouses. The company works in partnership with the delivery giant DHL. All the human worker has to do is place the object that needs to be moved onto the robot which will then ensure it is delivered safe and sound, avoiding any possible obstacles.

Innovative new materials and software have helped to create robots that learn more easily, are significantly more skilled and can move around without any assistance. These three characteristics make them a lot more polyvalent. Unlike the more traditional robots used in industry, they can carry out a range of different tasks without the need for intensive, complicated reprogramming. The packaging specialists Praxis Packaging use the robots Sawyer and Baxter, designed by the company Rethink Robotics, to carry out various jobs depending on their clients’ requests.

To industry and beyond

For the time being, this new generation of robots only makes up a small percentage of the robotics market which is still currently dominated by more traditional machines. But things could quickly start to change. According to a study carried out by the consulting firm Deloitte, they could represent 66% of the total market sales by 2025, compared to just 22% in 2015. According to MarketsandMarkets, the collaborative robotics market will be worth more than 4 billion dollars by 2023. The company CB Insights predicts that the market worth will exceed 10 billion dollars within the next ten years.

These robots are mainly used in industry and warehouses which deal with handling goods, sorting, packaging or quality inspection. Veo Robotics and Carbon Robotics both sell intelligent robotic arms which have been designed to be easy to use for human workers. As the example Fetch Robotics (previously mentioned) demonstrates, there are numerous opportunities for robotics in the online shopping sector, where collaboration between humans and machines considerably increases productivity rates in the warehouses. Amazon, the sector’s leader, has fully understood its advantages. Jeff Bezos’ company recently filed a patent for a robotic arm that can handle both heavy and robust objects as well as lighter and more fragile items. Amazon has also bought Kiva Systems which they have since renamed Amazon Robotics, whose robots are designed to move heavy loads. They have already allowed the company to considerably increase its production rates.

But cobots can be used for much more. Luxury hotels could be among the first new sectors to make use of collaborative machines. Designed by the Californian company Savioke, the robot Relay can provide room service by following the instructions given by the hotel’s personnel. The American company Maidbot has created an autonomous vacuum robot called Rosie, which has been specially designed for hotels. Its objective? By doing more of the cleaning tasks, the hotel’s staff can spend more time providing better customer service. 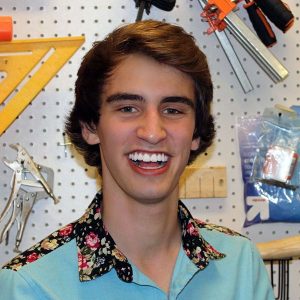 “The robot is very easy to use and a sound notification tells the robot when it should start or stop. This allows staff to see how it’s getting on and work in tandem with it. We have also added an extra technological layer to make each robot a mobile data platform. As the robot cleans, it also gathers information about the environment and operational details. Many hotels have already made use of it to improve their cleaning service.”

Restauration is another sector which is also enjoying the benefits of the latest cobots. In San Francisco, Zume Pizza uses several robots to help its pizza chefs with various repetitive or dangerous tasks, such as spreading the tomato sauce onto the pizza base or taking the pizza out of the oven. Creator works with a robot that can prepare burgers in record speed and which are then delivered by the company’s employees. The Californian burger chain CaliBurger has also made use of Miso Robotics’ robot to flip steaks on the grill. Mass-market retailers are also eager to work with collaborative robots. The supermarket giant Walmart has tried using machines to help shop staff with stock management and shelving, so that staff could have more time to advise customers and answer individual requests.

And finally, the banking world is also testing collaborative robots, for the most part to answer customers’ basic questions and refer them to a human advisor if things get too complex. In July 2015 the Japanese Mizuho Bank introduced the robot Pepper in several of its branches to help guide customers. In April 2017, the Canadian bank ATB Financial followed in their footsteps and did the same thing. Several Indian banks are also exploring the possibility of using robots to count and sort currency.

SHARE THIS :
Getting Things Done: A New Productivity Method
Corporate social responsibility: A strategic challenge for companies and employer branding