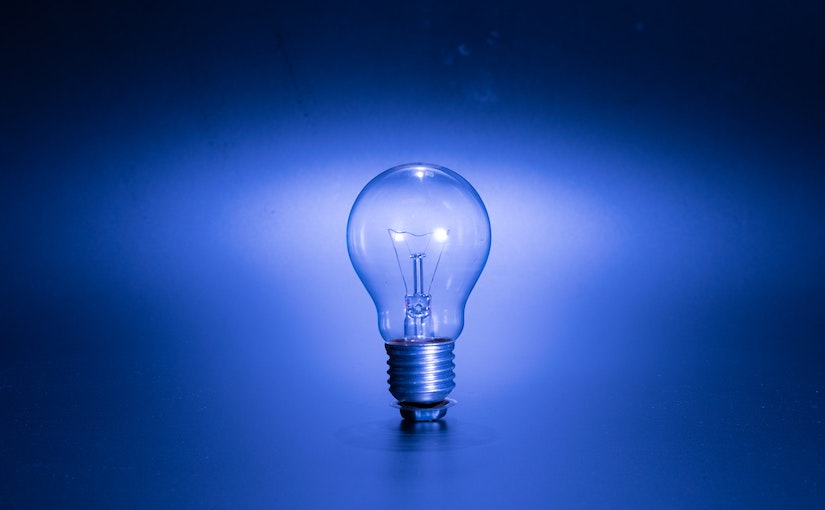 Behind The Scenes In The Company Of The Future

Over the next few years, blockchain and artificial intelligence will lead to major organizational changes within companies. A little jump into the future will give you a glimpse.

It is 9 am on April 15, 2037,  and the offices at 1238 Tennessee Street in the Dogpatch district of San Francisco begin to come alive. The large red brick building once housed an automobile parts manufacturing plant. Since the latter are printed in 3D, the company has moved to a smaller building, and the offices have since been invested in by young entrepreneurs. The history of the building matches that of the district: as a former industrial heart of the city, it now hosts a crowd of startups in search of a place to grow in its huge unused warehouses. Cafés, restaurants and trendy bars swarm at every street corner. The proliferation of cranes, concrete mixers and other construction machines testifies to the construction frenzy that reigns in the district, undoubtedly a sign of economic dynamism. Across the Bay, the fog, familiar to the people of San Francisco, is just beginning to clear, revealing the shores of the city of Oakland.

1238 Tennessee street is home to the offices of a young startup, PersonnX. The company specializes in building complex personalities for virtual assistants and other conversational agents for various clients. For example, a client could be an airline company looking to use a chatbot for customer service, or a car manufacturer looking to insert a virtual assistant in their vehicles, or even a hospital with plans to design a conversational agent to perform remote medical follow-ups on patients. In each case, the artificial intelligence’s personality, the way it expresses itself, its type of humour, the way it answers questions dealing with sensitive subjects, etc. is always important. PersonnX takes care of all this, depending on specific client needs.

The startup shares the space with half a dozen other startups, self-employed workers, digital nomads or even remote employees. Some come almost every day, others only stop by every once in a while. Because the place is a “corpo-working space,” a mix between collaborative work space and traditional company premises. With the boom in self-employment and remote working, this type of space is becoming increasingly popular. They generate business, meetings, and facilitate the implementation of synergies between different innovative projects.

Although it has a solid customer base, the startup has just 20 employees on its premises. The rest of the workforce is spread around the world. The progress of virtual and augmented reality makes it possible to hold remote meetings that are more real than life, while the use of virtual assistant for making appointments makes it possible to juggle different time zones easily. The differences between the PersonnX startup and the companies of today don’t stop there. Apart from the twenty individuals present, the company doesn’t have employees in the strictest sense: all other workers are contractors, with whom they work more or less regularly. The line between insiders and outsiders is much blurrier than it is today. Depending on the project, the company establishes new collaborations with individuals with appropriate skills.

As a result, company hierarchy is more horizontal: PersonnX doesn’t really have managers. All employees are specialized in a very precise field, and management is almost entirely automated, ensured by programs which answer to rules chosen beforehand by employees. Welcome to the era of DAO, or Decentralized Autonomous Organization, a new organizational mode enabled by the combined progress of blockchain and artificial intelligence. As a transparent, tamper-proof and decentralized database, the blockchain offers a revolutionary way to securely exchange information on the web.

It also makes it possible to set up intelligent rules, or IT protocols that trigger action once very precise and predefined conditions have been met. These can be very simple, such as “Once A has paid such and such an amount in dollars to B, B sends such and such an amount in cryptocurrency to A,” or more complex transactions. When applied to the company, these rules automate a large number of processes, from recruitment to middle management and account management. They form the backbone of PersonnX. They are the ones that automate managerial functions, while workers focus on their own specialized tasks.

They also enable PersonnX to recruit employees worldwide. Thus, whenever the company needs to recruit new talent, PersonnX’s AI core writes the typical profile of the individual they need, their skills, professional experience and training. Then, they entrust the task of finding the ideal candidate to Aristotle, an artificial intelligence specialized in human resources. The latter is responsible for publishing the offer, then analysing the profiles of candidates. All employees will possess free access to CVs on the blockchain, in addition to documents proving that they have obtained the diplomas they display and worked in the companies mentioned. The blockchain is transparent and inviolable which means these documents are both public and impossible to modify. This makes the task of human resources easier. Artificial intelligence algorithms are then used to select the ideal candidate. When the latter begins his mission, an intelligent rule is triggered in the blockchain, specifying the tasks he must perform and the remuneration provided in exchange. Once the work is done, the employee automatically receives his salary in his bank account, and the intelligent rule ends.

The importance of learning

But of course, the management of the company is not entirely entrusted to machines. People decide the most important orientations, only intermediate tasks and administrative burdens are automated. This morning, PersonnX’s twenty employees are gathering to review the first quarter’s results and decide on a strategy for the coming months. Within this new type of company, the split between shareholders, managers and employees has been remedied. All are able to participate in equal measure.

Every employee has a financial stake in the company in the form of tokens. These tokens are a virtual currency hosted on the blockchain, on the Bitcoin model. In a way, they are virtual shares, and increase in value as the company grows. Each employee is thus directly interested in the collective success, and all have a say in the company’s strategy. This makes decision-making more democratic and the company more agile. Everyone can directly present the fruit of their field experience to their colleagues, who then vote to approve or not. This allows better feedback, which no longer has to pass from the bottom up through many hierarchical levels, and greater responsiveness of the company to potential problems and market developments.

During the meeting, Arielle Wimbuch, the editor in charge of humorous dialogues, talks about the dynamism of the Chinese market. Since the government authorized the circulation of autonomous vehicles on the public highway last year, the latter are experiencing increasing popularity: Many opportunities have arisen for virtual assistants in vehicles to respond to passenger requests. She is convinced that PersonnX can win many contracts in this market, and has started reading classic Chinese literature to adapt the humorous lines she writes to local cultural context. Paul Lee, a programmer, suggests looking at tourism applications in particular, in the form of virtual assistants capable of presenting famous places and buildings to passengers. Both proposals were accepted by a majority.

After the meeting, it’s time for lunch. At lunchtime, employees prepare their own meals in a collective kitchen. The building has a green wall where seasonal fruits and vegetables grow and are used for cooking. By noon, it’ll become a ratatouille. Arielle Wimbuch takes advantage of the lunch break to speak with David Brown, a self-employed worker who works in an an office on the same floor as PersonnX, and designs artificial intelligence algorithms for autonomous vehicles. As he has recently worked with a Chinese car manufacturer, she takes the opportunity to ask him for a contact.

The afternoon is devoted to training given by Franz Castorp, a German PersonnX employee from Hamburg who explains the subtleties of a new computer programming language through virtual reality. In an ever-changing world, it has become crucial for workers to continue to acquire new skills throughout their lives. Education can no longer be confined to the early years. Companies are getting up to speed and ensuring that their workforce has the tools they need to continue training. PersonnX regularly organizes training sessions, asking certain employees to share their knowledge with their colleagues. Moocs, online courses and training courses are also provided free of charge by the company to various employees. After a year of seniority, workers also gain the possibility of devoting half a week of their working time to a personal project. PersonnX aims to encourage individuals to implement innovative projects and cultivate new talent. After three years of seniority, it is possible to take three months of leave to acquire a new skill.

The clock is ticking, and the various occupants of 1238 Tennessee street start to head home one by one. Arielle Wimbuch orders an autonomous car to return home. As she boards, the vehicle asks her to confirm the arrival address: “1770 Bush street, San Francisco?

“No, Lincoln, Nebraska.” she said jokingly.

After a few moments, the machine resumes: “This destination is too far away, please enter a closer address.”

“I forgot, machines will always have trouble with sarcasm.” she thinks as she looks out of the window of her vehicle at the Bay.

SHARE THIS :
Essentialism: Why should we focus on "less"?
#LifeAtJulie! Let’s meet Thibault Husson, Sales at Julie Desk