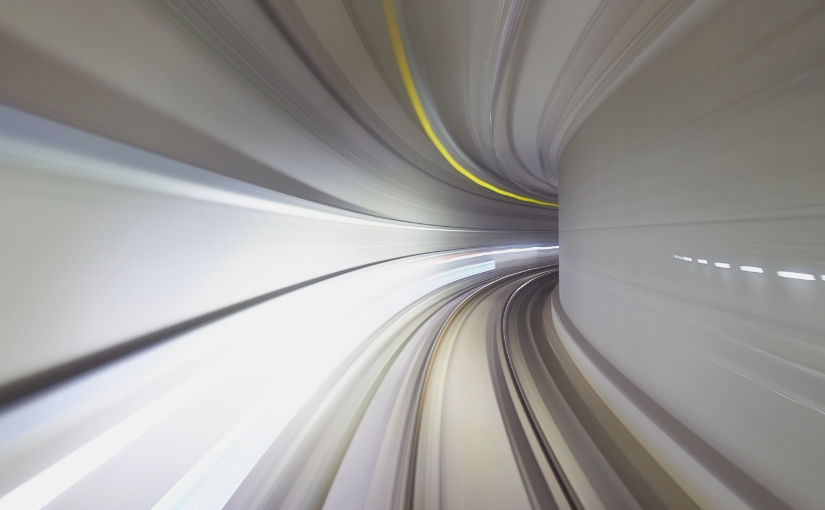 How 5G will transform the future of work

Deployed for the first time in the United States this year, 5G will soon replace 4G, after several years of good and loyal service. This technological leap could have significant repercussions on the working world.

Last September, AT&T, an American telephone service provider, announced that it plans to make 5G available in about 20 American cities by the end of 2018. Several of its competitors in the United States also intend to begin marketing devices equipped with this technology by December, with the goal to make it available to the general public within the next year. At the same time, Australia is experimenting with the world’s first ever 5G public network, while GSMA Intelligence, which specializes in data analysis for the mobile industry, is planning a massive deployment of the technology in the United States, Europe and Asia over the next three years.

5G is an acronym for the fifth generation of mobile phone standards and represents a new milestone in the history of telecommunications. Its predecessor, 4G, had already constituted a small revolution. Many analysts argue that the United States was able to significantly strengthen its grip on the world of new technology and generate several leading players in the tech field because it deployed 4G before other countries. By making it much easier to watch video content on mobile data, 4G has transformed the way people around the world use their smartphones, and enabled companies like Snapchat, Instagram and Netflix to grow at a very fast pace.

Even so, 5G may well prove to be even more revolutionary: some even compare the arrival of this technology on the market to the replacement of typewriters by computers. Even though this analogy is probably somewhat exaggerated, 5G, which is synonymous with faster data connection and transfer, could spark the creation of more advanced technologies, and allow them to reach a wider audience. The impact on the working world, in particular, would be significant. According to the consulting firm Accenture, the deployment of 5G technology would generate three million jobs in the United States alone. About 850,000 of these jobs would be developed by the telecommunications industry to build the 5G networks, while 2.2 million will be generated by the positive effects of 5G, which will stimulate growth and job creation.

Beyond its macroeconomic impact, 5G will also have a definite impact on the way we work. 5G promises to cause a major technological upheaval in tomorrow’s office. First, by providing a faster and more reliable Internet connection, 5G will improve remote communication tools, which are already part of everyday office life: video calls, business messaging and other tools for collaboration in the cloud. Remote work and collaboration between teams outside the office (two strong components of modern work) will be facilitated, especially in countries that currently do not have optimal connections. 5G will therefore support the organizational changes already underway in the lives of 21st century workers.

5G will also allow the Internet of Things to express its full potential. Gartner estimates that there will be more than 20 billion connected objects in the world by 2020. To take full advantage of these intelligent objects, to make them work and interact in real time, it will be necessary to use a much more efficient Internet network than the one we use today. This is where 5G comes into play. In the working world, this means the creation of connected workshops, factories and warehouses, equipped with sensors that constantly exchange information to optimize the production process, detect the risk of breakdowns or errors for greater accuracy. Electronic chip manufacturer Qualcomm is working with Honeywell, General Electric and Ericsson to reinvent the factory of tomorrow around 5G. The connected objects, in combination with the connection power provided by 5G, will also make it possible to rethink value chain management, bringing data back up at different stages of the value chain to enable greater efficiency and transparency for the consumer.

In the office, 5G will facilitate the arrival of expanded conference rooms, combining connected objects, artificial intelligence and virtual reality for more “real-life” remote meetings. This is what Cisco intends to do with its futuristic videoconferencing system, which, in the words of Rowan Trollope, Vice President of CISCO’s Internet of Things Department, aims to “restore the technology used by the Jedi Council in Star Wars.” Each participant would thus benefit from personalized information, superimposed on his field of vision in a holographic way. For example, whenever an individual spoke, their name and position could appear next to their face, a tool that is particularly useful in meetings involving a large number of people who don’t know each other. The Microsoft Mixed Reality device offers a virtual meeting room, similar to a video game, with an avatar embodying each participant. These are all tools with impressive performance, but they require greater bandwidth, and will need 5G to work optimally.

Want to run successful conference calls? Here are some tips!

From holographic computing to sliced networks

Virtual and augmented reality will also benefit significantly from the arrival of 5G. Several companies are already aiming to use augmented reality to invent the future of IT. Microsoft, for its part, filed a patent for a holographic keyboard in 2017. The principle: replace the computer with a pair of virtual reality glasses, which, once placed on the user’s nose, allow them to visualize a screen and a holographic keyboard, with which they can interact anywhere and in any position. Atheer, on the other hand, puts augmented reality at the service of the industry. Workers can be guided in their work by instructions that are highlighted on the object they are handling, or they can be guided directly by an expert located at a distance, providing advice by auditory and visual means. As virtual and augmented reality progresses, applications around the future of work like this will multiply, but they will be very demanding in terms of connection and data transfer: 5G will thus be necessary to enable them to express their full potential.

Finally, 5G will also introduce a small revolution in the way it manages its professional Internet connection, in the form of “network slicing”. This method allows a 5G network provider to dedicate certain “slots” of its connection to a specific application, service or device, resulting in a dedicated and stable bandwidth to enable it to work under the right conditions. For example, video calls could be isolated on their own “slice” so as not to be disrupted by other office activities, such as a colleague watching Netflix during their lunch break. In addition to providing greater reliability, the sliced network also increases cybersecurity, leaving a potential attack confined to a small portion of the network. Finally, we can imagine the advent of “network as a service” offers, with suppliers offering network slots specially adapted to this or that type of activity.

As for Julie Desk, we aren’t sitting idly by waiting for the arrival of 5G to innovate. Discover Slash, our new 100% virtual assistance tool.