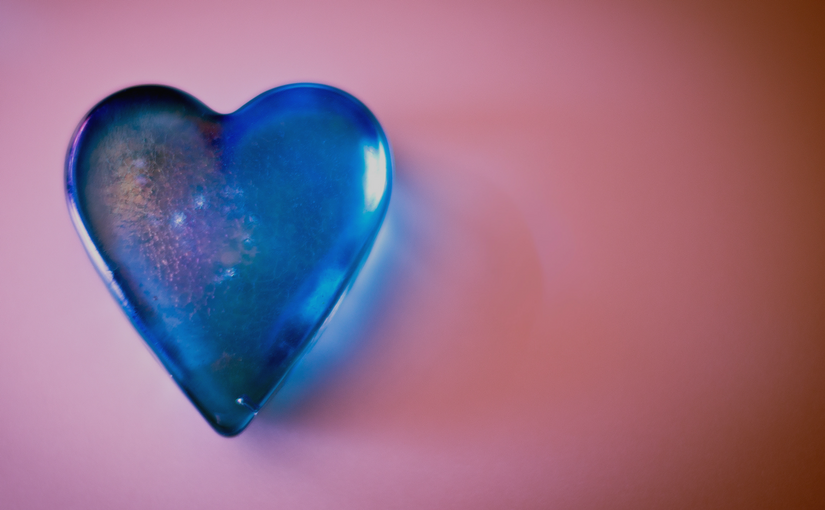 Could You Fall in Love With an Artificial Intelligence?

“Will Julie receive a gift from a Valentine today?”

To Hollywood, the answer to that question is clearly ‘yes’ and this scenario has inspired the filmmaking industry for a while now: in 1927, Fritz Lang imagined a romance between the lead actor of Metropolis and the robot Maria! More recently, the story has been repeated in movies like HER (2013) or Ex-Machina (2015).

What does it take to go from fiction to reality?

Is Anthropomorphism the next cupid?

Getting attached to a robot is not surprising. Humans have the ability to attribute human traits such as having a conscience, intentions or feelings and emotions to nonhuman objects or agents. This is called anthropomorphism.

Our tendency to anthropomorphism can be explained by three main criteria, detailed in the Social Cognition Unbound : Insights Into Anthroporphism and Dehumanization study from the Faculty of Chicago.

In a video by Boston Dynamics, you can see their robot ‘Spot’ being struck by humans. The online community has been moved and shocked by these people’s behaviour towards the robots and has pushed some people question the reason behind their emotions.

When an agent or an object makes us think of a human, the anthropomorphic prism naturally applies: it’s a cognitive process that allows us to categorize this object and associate it to something we already know.
Intuitively, we attribute human traits to robots that look like humans, whether on a physical or behavioral level. This explains the rise of emotions when we see a robot getting mistreated.

2. The search for social connections

Theodore Twombly, the main character in the movie HER, is described as a sensitive man with a complex nature, who is inconsolable since he and his wife separated.
The study shows that lonely people who have been disappointed in their relationships with humans tend to seek relationships ‘elsewhere’, with nonhuman agents or objects.
Theodore Twombly finds in Samantha, the software program that he buys, what he has not been able to find in humans. In a less futuristic context, that is also what the movie Lars and the Real Girl is about: an eternal lonely man gets attached to blow up doll. And if we step away from fiction, a French woman reveals she is in love with a robot, as she dislikes humans.

3. The need to control

The third motivation when it comes to anthropomorphism is the need for humans to control everything that is happening. Uncertainty and unpredictability frighten us, which explains the need to feel connected with familiar concepts to make things more understandable.
To explain this concept, the study takes the example of attributing names to storms: this simplifies the communication around those events. We better understand what we know.

Coming back to the topic at hand, research in anthropomorphism prove that, indeed, it is possible to fall in love with an Artificial Intelligence; the same way, today, people fall in love with nonhuman objects and agents.

However, is it reciprocal?

Love, more than just about hormones

Some people might say that falling in love with a robot is not a possibility because there is no genetic compatibility between robots and humans. When we fall in love, sensory stimuli, mainly smells and pheromones cross the brain, bring back memories and trigger a cascade of hormonal reactions. All this happens to validate the compatibility of the two beings in the aim of ensuring the survival of species.

But the heart has its own reasons that reason itself knows nothing about! How many people fall in love via dating websites today? Yet, it is difficult to smell the other person’s body odors through the internet, even with a good 4G connection!

That’s where conversation comes into play: another key element intervenes in the love process! The interaction between people, their repartee, their knowledge, all play an essential role in the birth of a feeling of love. You fall in love with a personality, not a physical aspect. In HER,  Theodore Twombly fell in love with his AI because he was fascinated with her intelligence, her wit, her ability to learn etc.

If humans’ attachment to nonhuman agents is a common thing, like we’ve seen previously, it could develop at a faster rate with Artificial Intelligences because they can interact with humans and have their own personalities. Daniel Levy, author of the book “Love + Sex with Robots” predicts that, by 2050, many marriages between humans and robots will be celebrated!

However, Serge Tisseron, French Psychiatrist, reminds that, despite signs of attachments from the robot, the relation will always be one way.

Although robots can show some feelings through their exchanges with the human beings, many do assert that we cannot speak about love because the expressed feelings are not real.
The searches on the analysis and the understanding of the human feelings allow the robots to detect signals difficult to perceive for the human beings. The robot Ellie is so capable of detecting variations in the intonations of patients to identify signs of depression.

The more robots will be capable of analyzing and understanding our behaviors, the more they will be able to answer and meet our expectations, which inevitably increases our empathy towards them, and even our love. But since nothing in their behavior is spontaneous, then, can we really speak about love?

For Daniel Ichbiah, French author of “Robots: From Science Fiction to Technological Revolution”, IAs are programmed to follow a specific behavior. They do not feel anything, they simulate feelings. In Ex-Machina, for example, the IA simulates love for the sole purpose of getting out of the house she was locked in. Besides, she abandons her “lover”. Programmed to survive, the IA will resort to anything to achieve its goal.

Laurence Devillers, Professor of Computer Science at the University of Paris-Sorbonne and researcher at the Computer Science Laboratory for Mechanics and Engineering Sciences of the CNRS, shares this opinion:

“Roboticists try to produce robots with which a person will have some empathy. For them, machines simulate, they are just empty shells with no interiority, no emotions. It is the users of these machines who will interpret their behaviours through an anthropomorphic prisma, and give it a humanity that they do not possess. The users will project their emotions onto those machines”.

Emotional intelligence plays a key role in the love process but nowadays, it is difficult, if not impossible to model, which leads us to believe that robots cannot fall in love.

A need for guidance and ethics

No one knows what the future holds, if robots will manage to develop their conscience and emotions but in any case, there needs to be enough preparations for their development.

Serge Tisseron insists on the importance of a reflection around the ethical issues to avoid the destruction of human relations. Because of their interactions with efficient, high-performing and helpful robots, humans could end up being disappointed with other humans altogether, especially on a professional level. Or, we could eventually abandon our responsibilities completely and rely solely on robots to take care of our loved ones. In the end, this could result in a serious withdrawal from the human world and could affect our ability to live in society.

In the same way, Laurence Devillers explains that, with the development of continuous learning, the attachment to machines risks getting stronger, which could explain why the lawyer Alain Bensoussan is pushing for the development of a set of rights for robots.

Meanwhile, is AI the next Meetic?

On this lovely romantic day, let’s finish on a positive note. Have you gotten attached to a robot? You like its personality, humoristic nature etc. Nowadays, as we’ve seen earlier, personality traits on robots are programmed. Many talents are recruited in tech companies to work on these robots personalities. Maybe that’s where real love can be found: maybe if the user could get to the creator of the robot, cupid would strike? 🙂

Whether you are real or artificial, we wish you a Happy Valentines Day! Today, let’s set aside questions like “who will win the battle between Human and Machine”: we encourage you to share our love for robots with the hashtag #WeloveAI! Ok, I’ll get started 🙂

Getting rid off repetitive tasks to save up to 1h a day: YES! Thanks @juliedesk ❤️ https://t.co/L0JBds6ARk #WeLoveAI

SHARE THIS :
10 Artificial Intelligence influencers you should follow!
Schedule and manage your conferences with Julie Desk [case study]