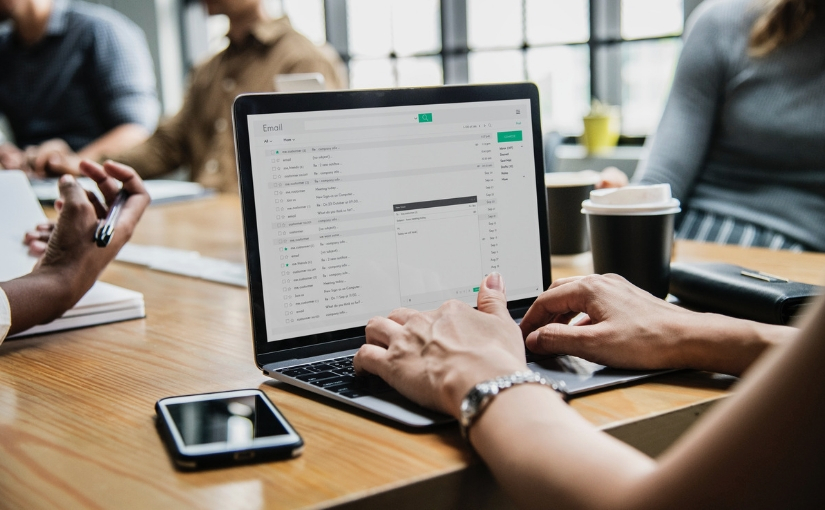 Productivity at work: How to manage your emails efficiently?

204 million. That’s the number of emails that were sent every minute around the world in 2015. Though email was considered a revolutionary way of communicating when it first appeared in companies, more and more studies are now pointing to the loss of productivity caused by the constant flow of emails.

According to a study conducted by Adobe in 2017, French executives spend 5.1 hours a day reading their emails. It seems like our mailboxes are getting a little more crowded every day, affecting our concentration. This is certainly the fear of some companies that have decided to restrict or outright ban the use of electronic mail in order to preserve the productivity of their employees. A few months ago, the Harvard Business Review explored the case of the French IT services company, Atos. Its CEO, Thierry Breton, had set himself the objective of becoming a “zero email” company within three years by 2011. While Atos has not yet fully met its challenge, “the volume of emails has decreased by 60%, from an average of 100 emails per week per employee to less than 40.”
However, it would appear that it is not so much the amount of email received that affects the well-being and productivity of employees as the way they learn about it. A study conducted by researchers at the Future Work Centre in London in 2016 revealed that compulsive email consultation and push notifications are among the greatest stress factors for workers! Of the 2000 British employees surveyed, 62% said they kept their email open all day long. And, almost one in two people admitted to receiving their emails in real time on their smartphone.

Productivity: 5 tips to better manage your emails on a daily basis

A few simple tips can be put in place to keep email from affecting our productivity and devouring our time.

According to the authors of the study, the simple act of consulting our emails at predefined times of the day or only when it is really necessary could help maintain efficiency. The idea is to not open your email several dozen times a day and thus prevent your mind from suffering from information pollution. For example, you can check your emails in the morning, after lunch and at the end of the day, or every time you finish a task and are about to start another one.

Obviously, this means disabling notifications announcing the receipt of a new email on your computer and smartphone.

For people who receive a lot of emails daily, it can also be useful to create folders and apply filters. The idea is to be able to store emails that do not require an immediate response and can therefore be read later. The objective? Unload your inbox and have a global view of its content. These tips allow you to regain control over your email and not let urgent and important emails drown in the mass. The latter, once processed, will have to be archived.

An effective management of your e-mail also obviously requires good time management. We often tend to think that all the emails we receive are urgent. When they land in our inbox, they appear as a new task to be accomplished quickly. When this happens, they monopolize our attention, whether consciously or unconsciously. However, urgent and important emails are generally much less urgent and important than we think! To prioritize the content of your inbox and thus organize your schedule as efficiently as possible, it may be interesting to use the Getting Things Done Method or the Einsenhower Matrix. With such time management tools, it becomes much easier to distinguish between purely informative emails, those that can be processed immediately with a short response and those that require more time for reflection.

Finally, managing your emails more effectively also means thinking about the content of your colleagues’ inboxes. The “Reply to all” function is used and abused in some companies and must be reserved for specific cases: it is only useful if it is considered that the answer provided may be of interest to all the people in the email loop!

Timyo, “the important e-mail at the right time”

While there are already many software programs available to organize and store your emails, Timyo stands out by offering its users the possibility to classify them according to the response deadline provided by the sender. This is an ideal solution to reduce the mental overload caused by the reception of too many emails. The app allows you to naturally organize your email and lets you know your priorities at a glance. In addition, it helps make senders more responsible and helps users disconnect from their inboxes in a more efficient way.

Have you used other methods to manage your emails on a daily basis? Tell us about them!